Best Fonts for Business Brochures and Flyers That Stand Out 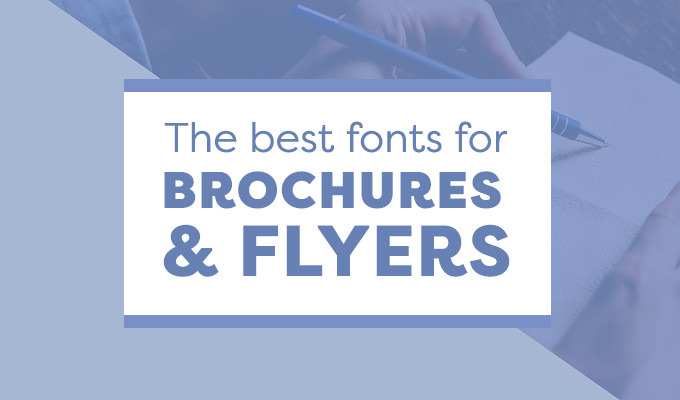 Pin them for later

A geometric sans font created in the tradition of Futura and Avant Garde, Full Sans is ideal for publishing, advertising and signage. Full Sans includes advanced support for Latin-based languages and includes small caps, fractions, old-style figures, and other features accessible through any graphic program. By Mostardesign Type Foundry in Fonts

With its distinctive rounded styling, the Filson Pro Font Family can be used for signage, headlines and body text. The Filson Pro family includes eight weights with italics, and comes with an extensive set of special features including stylistic alternates, ligatures, and thousands of kerning pairs.

Modern and functional, the Venice Serif Font Family is ideal for branding, packaging, and promotional materials. The Venice Serif family includes four weights, italics, and is web-optimized for use in online publications and advertising.

By Unio | Creative Solutions in Fonts

A thin, elegant font, Hilton Serif is both distinctive and highly legible for use in promotional materials and signage. Hilton Serif also includes Hilton Sans, a semi-serif variant. By Juraj Chrastina in Fonts

By Hanken Design Co. in Fonts

Visby Round CF is a smooth, rounded sans serif font that adds a fresh look to headlines and branding. Visby Round includes eight weights and italics, an extensive set of OpenType features, and Latin and Cyrillic multilingual support. A soft, rounded font family, Venti works well for logos and headlines. This new version includes seven weights plus obliques, along with an extensive set of ligatures, small caps, oldstyle numerals and other features, plus Latin and Cyrillic multilingual support.

A geometric sans font in four weights, Polly Rounded is suitable for headlines, posters and signage. Polly Rounded comes with an extensive set of special characters and extensive support for Latin-based languages. Pontiac is a functional sans serif font with a distinctly French feel. The Pontiac Font Pack includes four weights for use in labeling, headlines, and signs.

By S&C Type in Fonts

Visby CF is a geometric sans font that comes in eight weights with obliques for use in headlines, branding and signage. Visby CF includes an extensive set of OpenType features and Latin and Cyrillic multilingual support.

TT Norms is a universal geometric grotesk with a wide range of applications for both large and small text arrays. TT Norms includes nine weights with true italics, with more than 530 glyphs for each typeface and support for more than 70 languages, including Cyrillic.

By TYPETYPE in Fonts

Inspired by Swiss design, Origin is a modern sans serif typeface suitable for headlines as well as highly legible page content. Origin comes in four weights and a set of web fonts. By Hustle Supply Co. in Fonts

Ravensara Serif offers high contrast and elegant styling in a display font family that includes seven weights from thin to black. With 390 glyphs and more than 3,500 kerning pairs, Ravensara Serif is ideal for headlines, posters and branding, as well as for short texts.

By Petr Bushuev in Fonts

A bold, sans serif font for displays, headers and posters, Tokyo comes in both solid and outline styles that can be layered together for a distinctive look. Tokyo also includes a "merged" version of each font that creates its layered look, along with a full set of numbers and punctuation. By Jen Wagner Co in Fonts

An expressive serif font family, Argent combines classic styling with modern sensibility for use in branding, logos and headlines. Argent comes in six weights with italics, plus an extra superbold, and features ligatures, small caps and stylistic alternates, plus support for both Latin- and Cyrillic-based languages.

By Connary Fagen Type Design in Fonts
Futura Round Medium
With a long history that includes the lettering on a plaque left on the moon in 1969, Futura is a sans serif font with modern applications for headlines, posters and display text of all kinds. Futura Round Medium includes both TTF and OTF files of this iconic font. By URW++ in Fonts
The best fonts for business brochures and flyers combine classic styling with modern features. Distinctive and versatile, these font sets from designers around the globe add a sophisticated, professional look to promotional materials of all kinds.